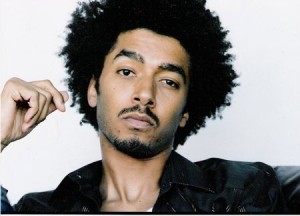 Favorite Cereal: I’ve always loved cereal and I have a lot of “favorites”… but my ALL TIME FAVORITE is……. Cap’n Crunch with Crunch Berries..Hands Down!

Shawn Carter Peterson’s appearances on television have varied from 1 hour dramas like HBO’s “Six Feet Under,” F/X’s “The Shield” and “House” to half hour sitcoms like CBS’ “How I Met Your Mother” and FOX’s “Til Death.” Shawn has also appeared on “United States of Tara,” ” Franklin & Bash” and “$#*! My DAD SAYS.” His acting can be seen in several films including Midnight Bayou and Hannah Montana – The Movie. His most recent project is The Host, a film based on the popular novel from Twilight author Stephanie Meyer. The film surely will thrust him even further into the spotlight. The Host will hit theaters on March 29, 2013.