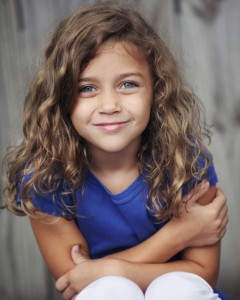 Mimi Kirkland may only be eight years old, but she is already making her big screen debut in the highly anticipated film adaptation of Nicholas Sparks’ SAFE HAVEN, which hits theaters on February 14, 2013. In the film, Mimi plays the scene stealing role of ‘Lexie’ – daughter of Josh Duhamel’s character. Lexie is the youngest member of the cast, which also features Julianne Hough, Cobie Smulders, and Noah Lomax. This is the breakout role for Mimi – who previously had only done commercial work locally in her hometown of Raleigh, North Carolina.