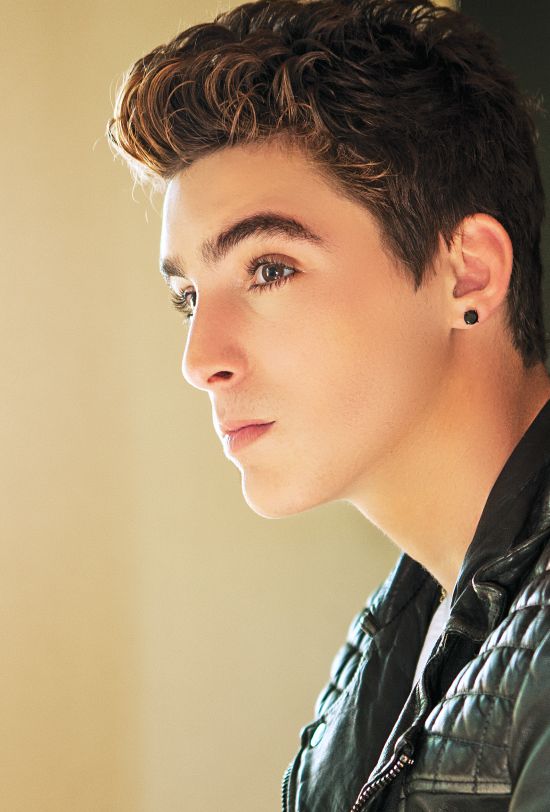 At only 16-years-old, Jackson Guthy has already captivated America on The Ellen DeGeneres Show, toured with Big Time Rush and One Direction, and joined forces with major label, Universal Republic Records. However, as far as the singer / songwriter is concerned, there’s still a lot more to accomplish.

“I want the whole world to hear my songs,” he enthuses. “Music is so powerful, and it’s inspired me for as long as I can remember. I want to share that feeling with everyone, worldwide.”

It’s an ambitious goal, but Jackson has been working toward achieving it since the age of four when his older sister lost interest in her piano lessons and he picked them up. At the encouragement of his parents, the Southern California native immersed himself in various instruments. Within a few years, he was already writing his own songs at an impressive and prolific rate. Soon, he began performing live locally and turning heads within the music industry. Shortly after his fifteenth birthday, his music landed on Ellen DeGeneres’ desk, and she dropped him a call—literally.

“She personally called me and invited me to perform onher show,” he smiles. “I was so excited. I didn’t even know what to think. It was my very first television performance, and it opened up so many doors for me. I’m beyond thankful for the opportunity Ellen gave me.”

His live rendition of original track “LOVING” enchanted audiences, and press and fans alike became enamored with the young performer. Opening the Big Time Rush “Better With U” tour alongside One Direction solidified him as a live performer. After returning from thistour in 2012 and delivering a jaw dropping performance at the legendary Radio City Music Hall, Universal Republic signed Guthy.

His debut single on Universal Republic, “One of These Days” fuses upbeat pop with a fresh swagger, and it’s the perfect introduction to his style. Guthy co-wrote the tune with Hot Chelle Rae’s Nash Overstreet and Brian Kennedy [Chris Brown, Rihanna] while Dewain Whitmore [Kelly Clarkson] produced it. Sailing from energetic handclaps into sun-soaked guitar, “One of These Days” makes for an invigorating and infectious anthem.

However, there isn’t simply one side to Jackson. His voice echoes with palpable soul on the piano-driven “Stop My World,” which is about “a girl freezing time for you,” and he channels a Motown falsetto for “I Got You.” “The music is really diverse,” he goes on. “It can be pop, alternative or even old school soul. The range is big and I never want to just do one thing.”

In addition, Jackson’s stamp is on every one of these songs as he always serves as writer or cowriter. “As a writer, you know if your voice will fit a song or not,” he explains. “I play instruments and I focus on writing. I’m not worried about dancing and choreography. If you’re a dude, you can listen to my music without being embarrassed. There’s something old school about it.”

Make no mistake about it, Jackson Guthy is the future, and he’s only begun accomplishing his goals.

“It’s about having a dream and thinking it can come true one day. No matter how unreachable your dreams seem, there’s a possibility they can happen. I feel like I’m proof of that.” – Jackson

I am the one that gets the family down at the table and takes notes for our cereal reviews and writes the final product
View all posts by Damon Cap →
This entry was posted in Celebrity Cereal Picks and tagged Jackson Guthy. Bookmark the permalink.