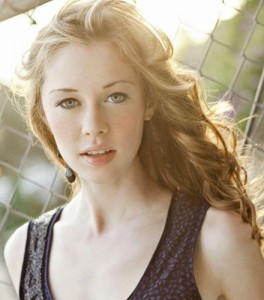 Favorite Cereal: Cinnamon toast crunch – A taste you can see!

Breanna Lynn is a charming and beautifully talented singer who is taking YouTube by storm as well as the music industry.  It is this rarely found unique talent that has allowed her coveted opportunities to work with some of the most well-respected and well-known names in music. She is also a gifted guitar player since first picking up the instrument at age 9. Not only does she amaze audiences on stage but she also is a strong advocate of The Pacer Organization (Teens Against Bullying). For the new album, Breanna teamed with highly credited producers like Ken Caillat (Colbie Caillat, Fleetwood Mac), Keith Follese (Tim McGraw, Faith Hill, Martina McBride, Randy Travis), and artist Jamie O’Neil. She was also credited and featured in ’Dorothy of OZ’, directed by Will Finn and Dan St. Pierre, scheduled to be release August 3rd, 2012 via Summertime Entertainment.