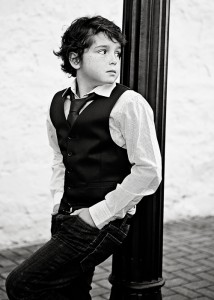 Noah may only be 10 years old but he has already appeared on some of television’s hottest projects and has lead roles in two of the most buzzed about films being released in 2012-13.  First, he will be making his feature film debut starring in Playing For Keeps, opposite Gerard Butler and Jessica Biel, which is set to be released December 7, 2012. In addition to film, Noah has made his mark in the television world as well. His work includes a recurring role on AMC’s hit series “The Walking Dead,” as well as guest appearances in episodes of ABC’s “The Middle,” CBS’ “Mad Love,”and Lifetime’s “Drop Dead Diva” and “Army Wives.” Noah actively supports Soccer for Hope, a non-profit organization that raises awareness and funds for pediatric cancer research through soccer related activities.