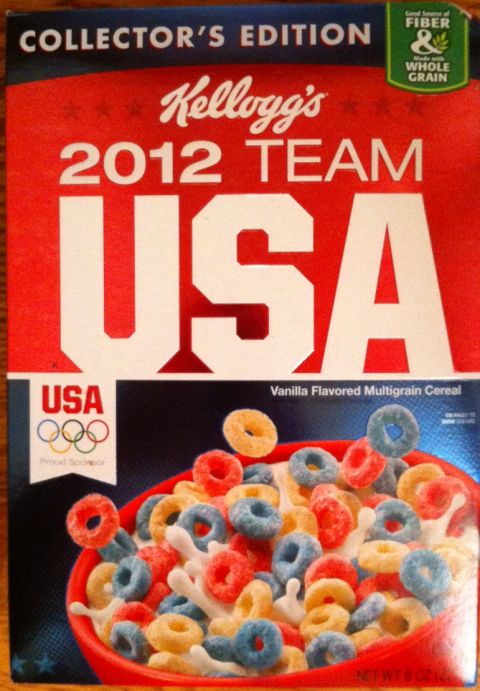 Kellogg’s has put together a 2012 Team USA cereal which we picked up at the store a week or so back. It is a vanilla flavored multigrain cereal that has loops in the colors of the Olympic rings. A very cool tie in to the Olympics and the many athletes, but I still think Wheaties cover is still more synonymous with Gold Medal Winners.

The back has eight collectible cards of Dwight Phillips, Summer Sanders, Jordyn Wieber, Kerri Walsh, Juan Agudelo, Michael Landers, Rebecca Soni, and Casey Tibbs. We also got a bit of a beat up box so I don’t know how collectible ours will be, but I don’t believe we will open it either, but if I start collecting cereal boxes I may end up having to add an addition on the house. Plus what do they always say? Anything that says collectible on it, ends up not being collectible. 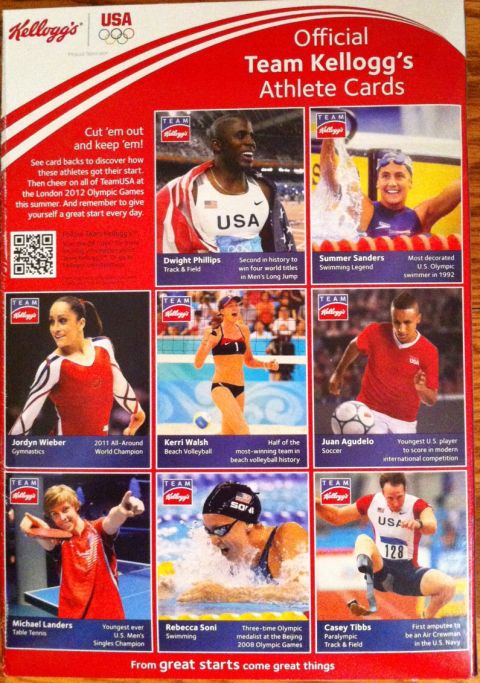 I am the one that gets the family down at the table and takes notes for our cereal reviews and writes the final product
View all posts by Damon Cap →
This entry was posted in Kellogg and tagged Kellogg's 2012 Team USA Cereal. Bookmark the permalink.